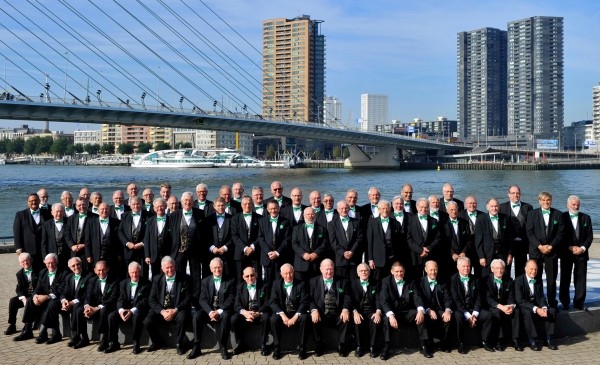 The renowned choir "Prince Alexander" was founded on October 20, 1966 and under the professional direction of conductor Arjan Breukhoven and commitment of the members obtained a great reputation far beyond the region.
Regularly, appearances on radio and TV are cared for.

Yearly an average of about twenty concerts and participation in church services are catered , this both at home and abroad.

Since 1997 the choir has a friendship bond with a male choir from Germany: The AGV Sängerbund 1920 eV Sandhausen at Heidelberg. Besides that the choir also maintains friendly relations with Männerchor Rottluff 1839 e.V Chemnitz since 2011.

"Prince Alexander" is a Christian men's choir and thus an important part of the repertoire of songs has a Christian background: They sing edited Psalms to exciting Negro Spirituals.
Besides, beautiful classic and modern songs are also sung.

The choir consists of nearly 50 members , and finds its home in the district of Prince Alexander of Rotterdam.

The members live in the surrounding area of Rotterdam.